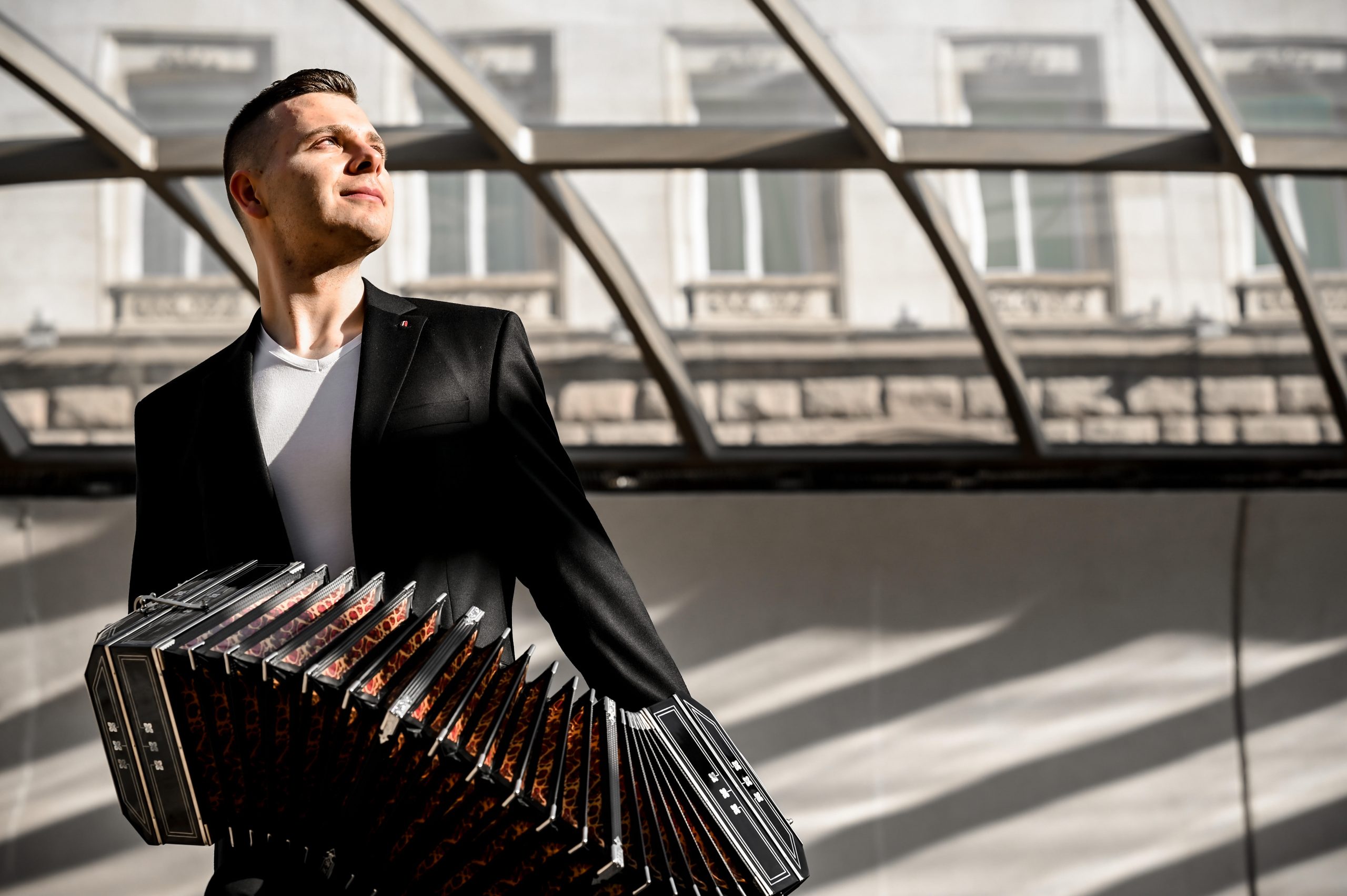 Stoyan Karaivanov is the winner of a series of awards from national and international competitions in accordion and bayan. He was awarded an honorary diploma for demonstrating high performing skills by the Bulgarian Academy of Sciences and Arts.

Starting in the autumn of 2020, the young musician began his education in bandoneon with prof. Fabio Furia at the Giovanni Pierluigi da Palestrina Conservatory in Cagliari, Italy. In the same year he began to study conducting under the notorious Bulgarian conductor Nayden Todorov at the New Bulgarian University.

He specialized in genre music at the International and National Center for Accordion and Music “Jacques Morne” with prof. Jacques Morne in France. In 2019 he began his education in accordion at the New Bulgarian University. Stoyan has participated in master classes with some of the most prominent and proven teachers of accordion and accordion, such as the People’s Artist of Russia Prof. Friedrich Lips, prof. Mie Miki, prof. Nikolai Kravtsov, prof. Yuri Shishkin, prof. Frederic Deschamps and prof. Vladimir Mandic. In Bulgaria he studies under the guidance of Zdravka Andreeva and Diana Stancheva.

In 2016, 2017, 2018 and 2019 he participated in the performance “Night of the Stars” in the Arena Armeec Hall, as a soloist of the Levon Manukyan Collegium Musicum orchestra under the batton of Levon Manukyan. The young performe was also a soloist under the baton of Konstantin Ilievski, Ivan Stoyanov, Ramiro Arista, Dimitar Karaminkov and Tsanislav Petkov.

He has participated in one of the brightest events in the program of “Plovdiv – European Capital of Culture 2019” – “Medea”, where the composer Asen Avramov composed special music for bayan. Stoyan Karaivanov has toured and participated in international festivals in Austria, Slovakia, Germany, Italy, Northern Macedonia, Bosnia and Herzegovina, and Cyprus.

Prof. Friedrich Lips writes about him: “Stoyan Karaivanov is one of those young musicians who are in constant search and self-improvement. His talent allows us to hope that the Bulgarian school of accordion will finally reach the European level and we will be able to hear both Stoyan and in the future his students on major international stages! I wish Stoyan Karaivanov to learn to set big goals and find ways to achieve them. “