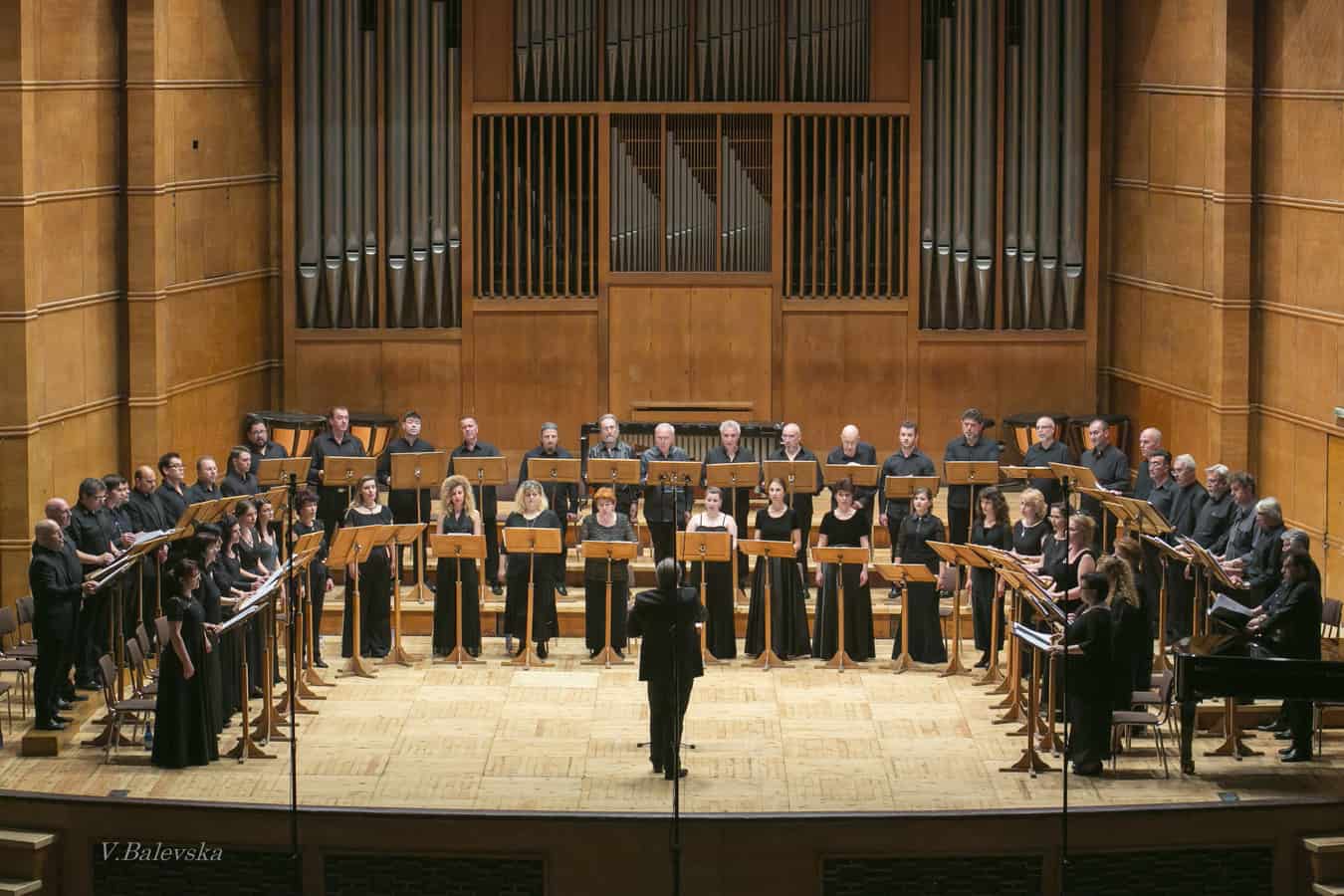 From its foundation on 1 November 1944 to the present day, the Svetoslav Obretenov National Philharmonic Choir has established its reputation as a model ensemble of performers.

In addition to almost all operas by Verdi and Puccini, the repertoire of the choir features vocal-orchestral genres from all epochs, as well as Eastern-Orthodox chants. An important element in the choir’s repertoire is represented by works from Bulgarian composers, a great part of them written especially for the ensemble.

The choir’s performances on concert tours across Europe, North America and Asia have been an outstanding success. A regular participant in the summer opera productions performed in various French cities, its performances include Bellini’s Norma (at Nimmes, conducted by Emil Chakarov), Verdi’s Macbeth (at Orange, conducted by J. Fulton), Puccini’s Turandot (21 performances) and Verdi’s Nabucco (17 performances at Paris, conducted by M. Placon). Le Figaro records these events styling them “a superb achievement, full of passion, and delightful to watch.” The choir participated with individual concert performances of its own at the celebrations marking the twentieth session of UNESCO in Paris. It was included in the multi-ensemble performing formation for the production of Beethoven’s Ninth Symphony at the festive concert for the UNESCO session at the Sava Centre in Belgrade, then Yugoslavia. In 1986, the choir was awarded the honour to perform at the inauguration ceremony for the Bulgarian Academy of Arts and Culture in Rome, founded by Boris Christoff. The choir achieved an extraordinary success with the rendition of Schoenberg’s Gurelieder under the baton of Zubin Mehta at the Florence International Festival in 1986. The Philharmonic Choir is frequently engaged to perform at leading international festivals, such as: the Prague Spring, The Music Days of Bratislava, Brno Music Festival, Dresden Music Festival, the Dimitria Festival of Greece.

Among the choir’s registered recordings are those made for the national radios of Sofia, Paris, Brussels, Moscow, BBC – London, for television stations in the Netherlands, Belgium, France, Russia, the BBC – Cardiff, for the publishing labels Harmona Mundi, Pathé-Marconi, Forlan, EMI, Columbia, Monitor. The recording of Carmina Burana, in collaboration with the Sofia Philharmonic was released as France’s Record of the Quarter in 1978.

Founded under the designation Radio Sofia State Choir by Svetoslav Obretenov, with him as its first director and principal conductor (Nov, 1, 1944 – May 16, 1955), in 1954 the ensemble was renamed the Bulgarian Capella Choir and after the decease of its principal conductor, the choir he founded adopted his name. At that point, Dimitar Ruskov took over as director of the ensemble and continued to lead it until 1965. In 1960, Ruskov invited Georgi Robev to become choir-master at the Bulgarian Choir Chapel, and since 1966 he has invariably served in the capacity of principal conductor until his death in 2002. It was on his initiative that the ensemble was integrated after 1981 into the larger establishment of the Sofia Philharmonic. Over the years, the National Philharmonic Choir has also worked with conductors Vasil Arnaudov, Metodi Matakiev, Krikor Chetinian, Lyubka Pesheva, Iliya Mikhailov. Principal conductor of the choir as from September 2015 until September 2022 was Mr. Slavil Dimitrov.