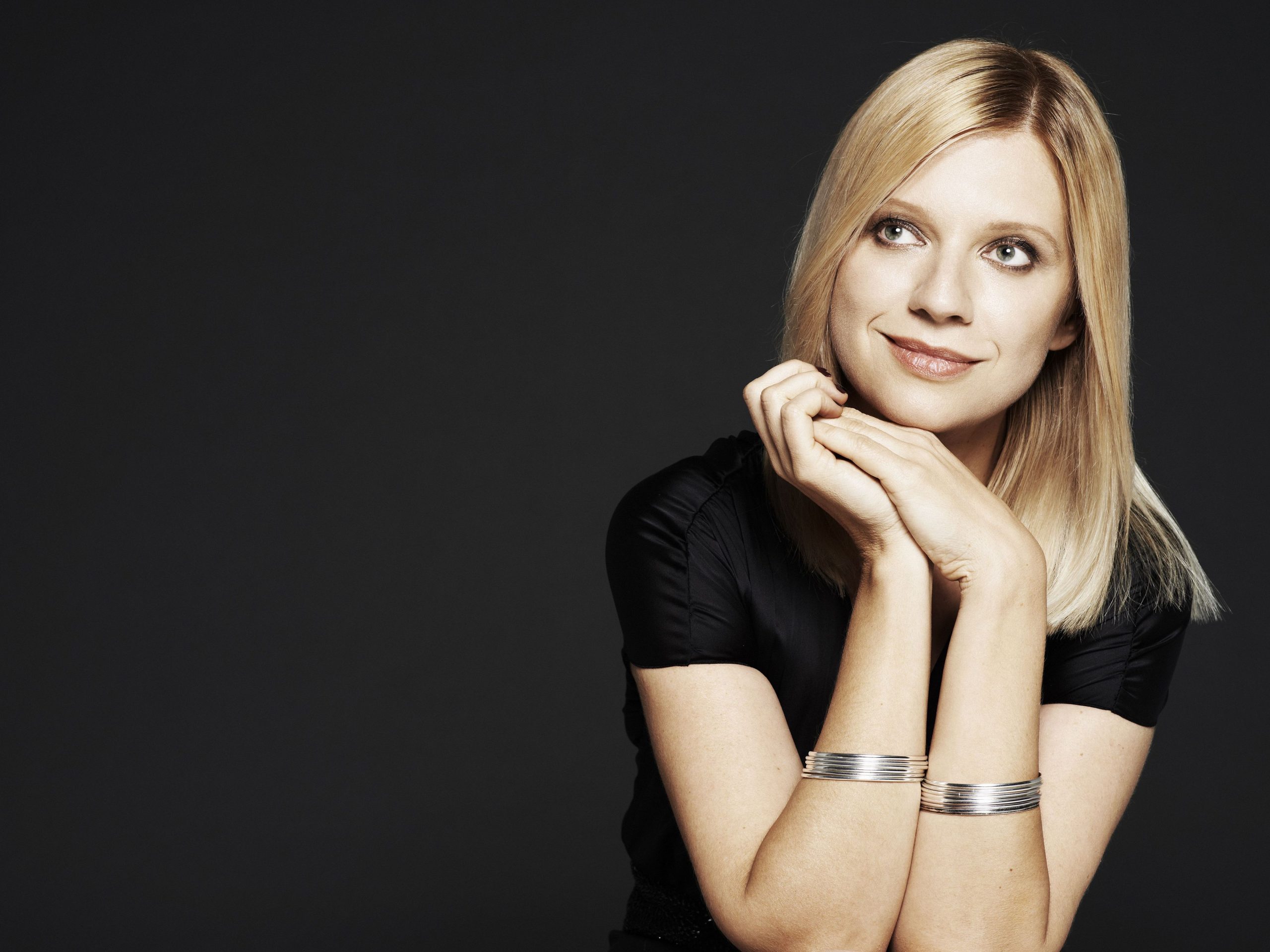 Valentina Lisitsa is not only the first «YouTube star» of classical music; more importantly, she is the first classical artist to have converted her internet success into a global concert career in the principal venues of Europe, the USA, South America and Asia.
Washington Post Online wrote: “It’s striking that her playing is relatively straightforward. ‘Straightforward’ is an inadequate term for virtuosity. She does not tart the music up. She does not seek to create a persona, much less impose one on what she is playing. She offers readings that are, when you penetrate through the satin curtains of the soft playing and the thunder of the loud playing, fundamentally honest and direct. You feel you’re getting a strong performer but also a sense of what the piece is like rather than of how Lisitsa plays it. I was impressed, sometimes dazzled and sometimes even taken aback by the ferocity of her fortissimos. And she is also a delicate, sensitive, fluid player who can ripple gently over the keys with the unctuous smoothness of oil.”
Valentina posted her first video on the internet platform YouTube in 2007, a recording of the Etude op. 39/6 by Sergei Rachmaninoff. The views increased staggeringly; more videos followed. The foundation stone of a social-network career unparalleled in the history of classical music was laid. Thanks to an unwavering dedication towards her audience and personal approach to videos, her YouTube channel now records over 600.000 subscribers and 147 million views with an average 75.000 views per day, whilst her Spotify account has over 800.000 listeners monthly.
This singular success has led Valentina to perform at some of the world’s most prestigious stages which included a spectacular recital in London’s Royal Albert Hall before an audience of 8000 in June 2012 that sealed her international breakthrough. Listeners had the chance to vote online in advance for their preferred programme – a form of audience participation that has become one of Valentina’s trademarks. DECCA gave Lisitsa an exclusive artist contract, releasing the live recording of the Royal Albert Hall concert only one week later on CD and DVD. Since then, Valentina has released a further 9 albums for Decca, including every piano concerto by Sergei Rachmaninoff, works by Chopin, Philipp Glass, Liszt and Scriabin as well as CD «Love Story – Piano Themes from the Cinema’s Golden Age» with major film music from the 1920s. In February 2019, for the 125th anniversary of Tchaikovsky’s death, Decca released a special CD-Box Set: the most complete collection of works for solo piano by Tchaikovsky with some of the works having never been recorded before.
The 2020/2021 season sees Valentina perform recitals in Baden-Baden, Belgrade, Padova, Barcelona, Brussels, and return to Madison and Amelia Island Chamber Music Festivals in the USA. She also makes debuts with Armenian State Symphony Orchestra playing Prokofiev Piano Concerto No. 3 under Sergey Smbatyan, Pasadena Symphony with the same concerto under the direction of David Lockington, Polish Baltic Philharmonic in Gdansk performing Rachmaninov’s Variations on a Theme of Paganini under Eiji Oue, and Borusan Istanbul Philharmonic under Gürer Aykal. She also returns to Valencia Orchestra and performs Liszt Totentanz for solo piano at Greek National Opera.
Highlights of the past seasons include amongst others a sold-out concert at Auditorio Nacional with the Spanish National Orchestra, where Valentina played all piano concertos and the Rhapsody on a Theme of Paganini by Sergej Rachmaninoff in one evening. She has also performed at Berlin Philharmonie, Théâtre des Champs Elysées in Paris, the Great Hall of Moscow Conservatory, Wigmore Hall in London, Prinzregententheater in Munich, Carnegie Hall in New York, NCPA in Beijing, Teatro Major in Bogota and at festivals including the BBC Proms, Dvorak Prague Festival and Musica Mundi Chamber Festival in Brussels. In recent seasons, Valentina performed as a soloist with London Symphony Orchestra, Royal Stockholm Philharmonic Orchestra, Orchestre de Paris, Orchestre Philharmonique de Liège, Staatskapelle Dresden, Orquesta Sinfónica de Castilla y León, Cincinnati Symphony Orchestra and Baltimore Symphony Orchestra, and Seoul Philharmonic. Born in Kiev, Ukraine, Valentina started learning the piano at age three and gave her first public recital a year later. She graduated from Kiev Conservatory subsequently moving to the United States and giving her debut performance in New York in 1995. Now Valentina shares her time between Moscow and Rome.

The Biography is taken from: https://imgartists.com/roster/valentina-lisitsa/