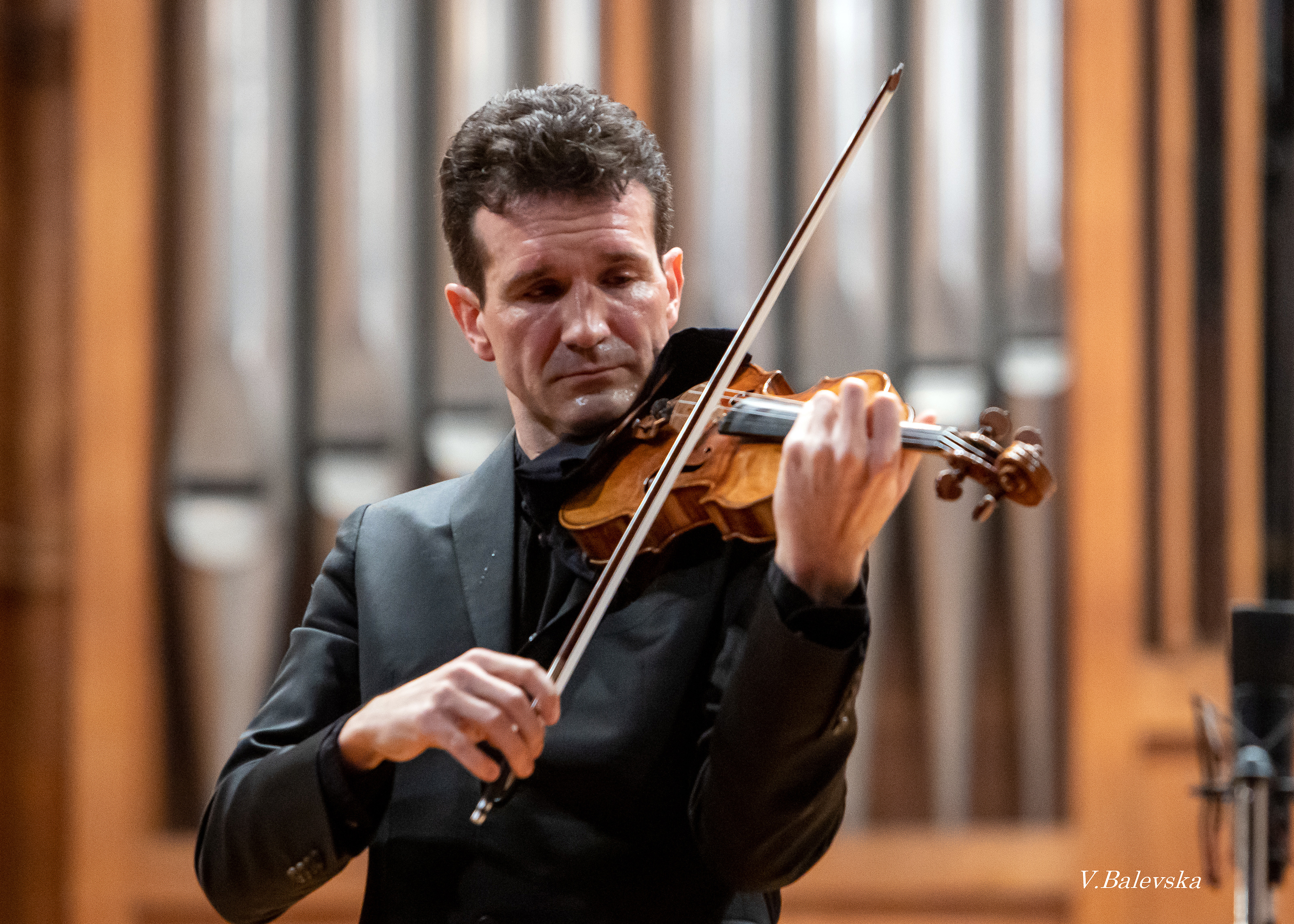 The brilliant international career of  SVETLIN ROUSSEV unfolds after winning in 2001 the First Prize at an international competition in Sendai (Japan), where he received both the Audience Award and the Bach Award for Best Performance. He plays in many of the largest concert halls, including the Bolshoi Theater and Tchaikovsky Hall in Moscow, Suntory Hall in Tokyo, the Seoul Center for the Arts, the Playel Hall, UNESCO, the Champs-Elysées Theater, the Chatelet, Cité de la Musico and Theater de la Ville in Paris, Bulgaria Hall, Bella Bartok Hall in Budapest, Alte Opera in Frankfurt, Concert House in Berlin, Kirchner Cultural Center In Buenos Aires, the Palais de Beaux-Arts in Brussels and the UN Palace in Geneva.

His repertoire is extremely wide – from baroque to contemporary music, he is also known for his interpretations of works by Slavic and Bulgarian authors. After the success of the recording of works by Pancho Vladigerov with the pianist Elena Rozanova for a company Ambrose, makes entries on Funeral concert by Hartmann with the Auvergne Orchestra, sonatas by Grieg and Mettner with the pianist Frederic D’Oria-Nicola, and his album “Fire and Ice” with the concerts of Sibelius and Vladigerov with the BNR Symphony Orchestra conducted by Emil Tabakov was released by companies Integral and Foundation . In 2016 DECCA released a recording of the piano trios of Mendelssohn (№1) and Dvořák (“Thoughts”) performed by Svetlin Roussev, Elena Rozanova and cellist Francois Salque. The disc is followed by new recordings of works for violin and orchestra by Eugene Isai (for “​​Musique en Wallonie ”)​​ and The Spanish Symphony by Edouard Lalo (for​ “Arcantus”), under the baton of Jean-Jacques Kantorow. Svetlin Roussev’s latest record is the album ​“​Midnight Bells​”​, realized in partnership with the talented pianist Yeol Eum Son (for ​YESM & ART​​).

Svetlin Roussev is a professor at Haute École de Musique in Geneva, he also taught at the National Academy of Music in Paris for ten years. He gives master classes in violin and chamber music all over the world. Together with all that he is currently an artistic advisor to the “March Music Days” International Festival in his hometown of Ruse.

He began his musical education at an early age with his mother – a violin teacher at the music school in Ruse, at the age of 15 he was admitted to the Paris Conservatory, where he studied with Gerard Poulet, Devy Erlih and Jean-Jacques Kantorow.

Maestro Svetlin Roussev has won numerous awards from a number of prestigious international competitions, including the competition in Indianapolis, Long-Thibaud-Crespin Competition and Melbourne. Bulgaria honored him a Musician of the Year in 2006, yet again, in 2007, 2016 and 2019 with the “Cristal Lyre” distinction awarded by the Ministry of Culture. In 2018 he was titled Honorary Citizen of his hometown Ruse, and in 2019 he received the Badge of Honor of the President of the Republic of Bulgaria.