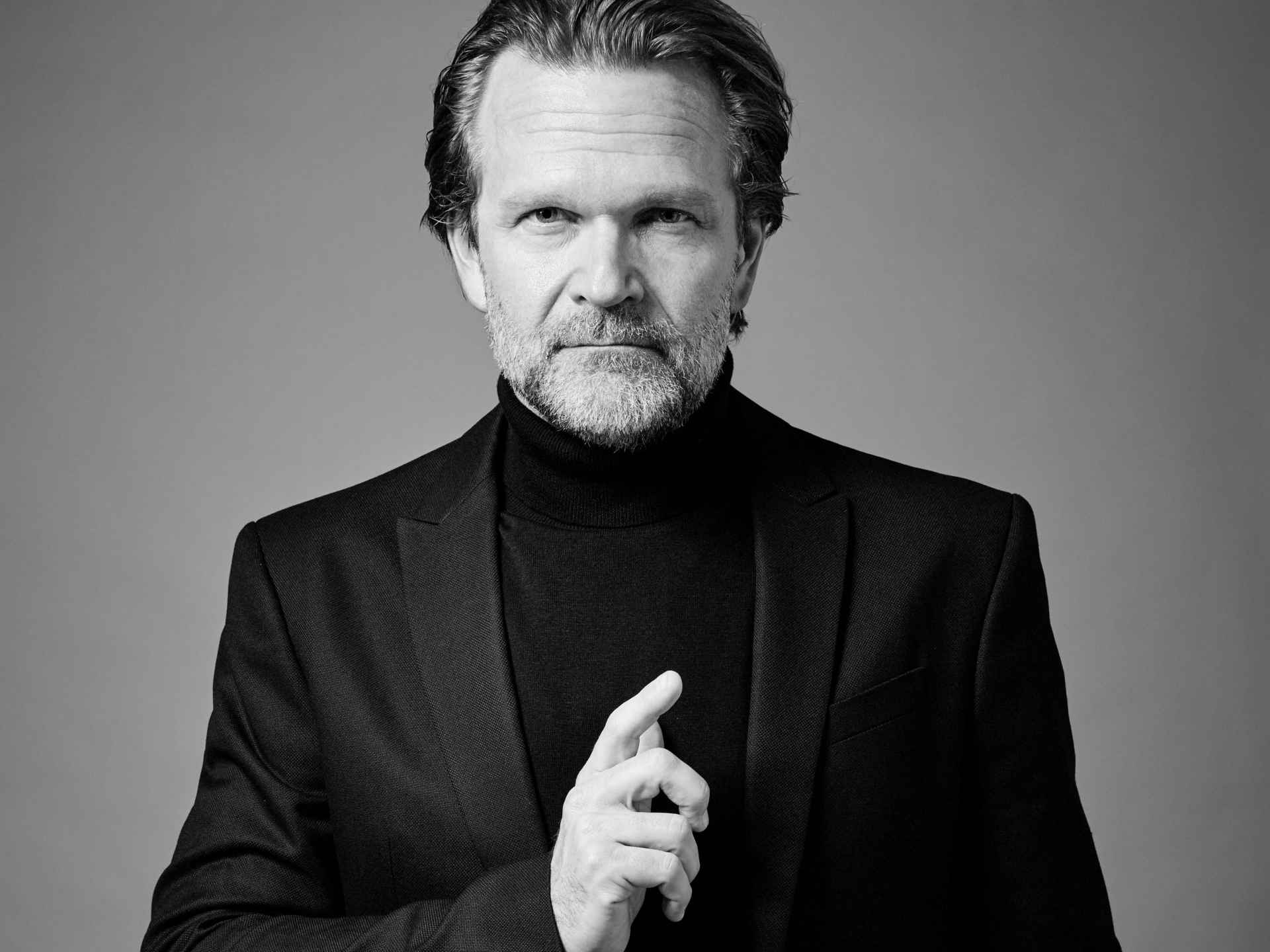 Since his concert debut at the age of 14 in the Laeiszhalle of his home city of Hamburg, Sebastian Knauer is now able to look back on a concert career spanning more than 30 years.

He is a regular guest at festivals such as those in Schleswig-Holstein, Mecklenburg-West Pomerania and Rheingau, at the Dresden Music Festival, the Ruhr Piano Festival, the Beethovenfest Bonn, the Schubertiade in Hohenems, the Salzburg Festival, and in Gstaad, Montreux, Merano, Bath, Ravinia, Savannah and Shanghai.

Sebastian Knauer’s wide-ranging and multifaceted repertoire is reflected in his 15 CD releases to date. For his CD “ÜBERBACH” (composed by Arash Safaian), he was awarded the 2017 Echo Klassik prize. The recordings of “Bach & Sons” and “Bach & Sons II”, together with the Zurich Chamber Orchestra and once under the baton of Sir Roger Norrington, received high critical acclaim: “Brilliant” (Stern), “Fantastic” (Neue Zürcher Zeitung), “Excellent” (Die Presse, Vienna). Previous recordings for the Berlin Classics, Warner Classics, Deutsche Grammophon and Naxos labels have featured works by Mozart, Haydn, Beethoven, Mendelssohn and Schubert, as well as the American composers Gershwin, Barber, Bernstein and Copland. His joint project entitled “East meets West” together with Daniel Hope received an Echo Klassik Award in 2005 and a Grammy nomination. The Pianoconcerto „This is (not) Beethoven -Variations for Piano & Orchestra“, which Sebastian Knauer commissioned from composer Arash Safaian, had been released on CD (BMG/Modern Recordings) in August 2020 and entered the German Classic Charts (#6) and the US Billboard Charts (#15) shortly after.

As a devotee of chamber music, he is involved in numerous projects with such eminent colleagues as the Emerson String Quartet, the Philharmonia Quartet Berlin, Renaud Capuçon, Sabine Meyer, Albrecht Mayer, the cellists Sol Gabetta, Jan Vogler and Alban Gerhardt, singers Anne Sofie von Otter, Simone Kermes, Christiane Karg, Mojca Erdmann, Michael Schade, and (while he was alive) Hermann Prey, as well as with choreographer John Neumeier and drummer Stewart Copeland (of The Police) and Jason Marsalis.

Furthermore, in 2016 he was co-founder of the Hamburger Pianosommer project, at which he combined four different genres in a concert with the pianists Martin Tingvall, Axel Zwingenberger and Joja Wendt. Up to four sold-out back-to-back concerts at the Hamburg State Opera and more recently a performance before several thousand people at Klassik Open Air on Berlin’s Gendarmenmarkt are proof of the huge popularity of this unique combination.

As a result of his official commitments to numerous charitable institutions, and his keen interest in the state of world politics, Sebastian Knauer is frequently in the news with one or other special project.
On July 13, 2017 he organised, together with the Hamburger Abendblatt newspaper, a special concert in the great hall of the new Elbphilharmonie in Hamburg at which he performed for over 1,000 police officers and their partners. He called the concert RESPEKT, as a sign of recognition for their commitment in dealing with the serious clashes at the G20 summit in his home city.

Ever since 2001, he has organised numerous “Wort trifft Musik” (spoken word meets music) programmes, which always focus on one particular composer. Sebastian Knauer takes personal responsibility for the written texts detailing the composer’s life that are then recited on stage by actors. He began this series of projects with Hannelore Elsner, and together they performed several hundred times until her death in 2019. Nowadays he regularly works with German actors such as Martina Gedeck, Iris Berben, Katja Riemann, Klaus Maria Brandauer and Ulrich Tukur.

In 2017 he also took on artistic direction of the International Music Festival at Schloss Bad Berleburg, and in 2021 he will be initiating yet another festival in the city of Aachen under the name “Ludwig FUN Beethoven”.