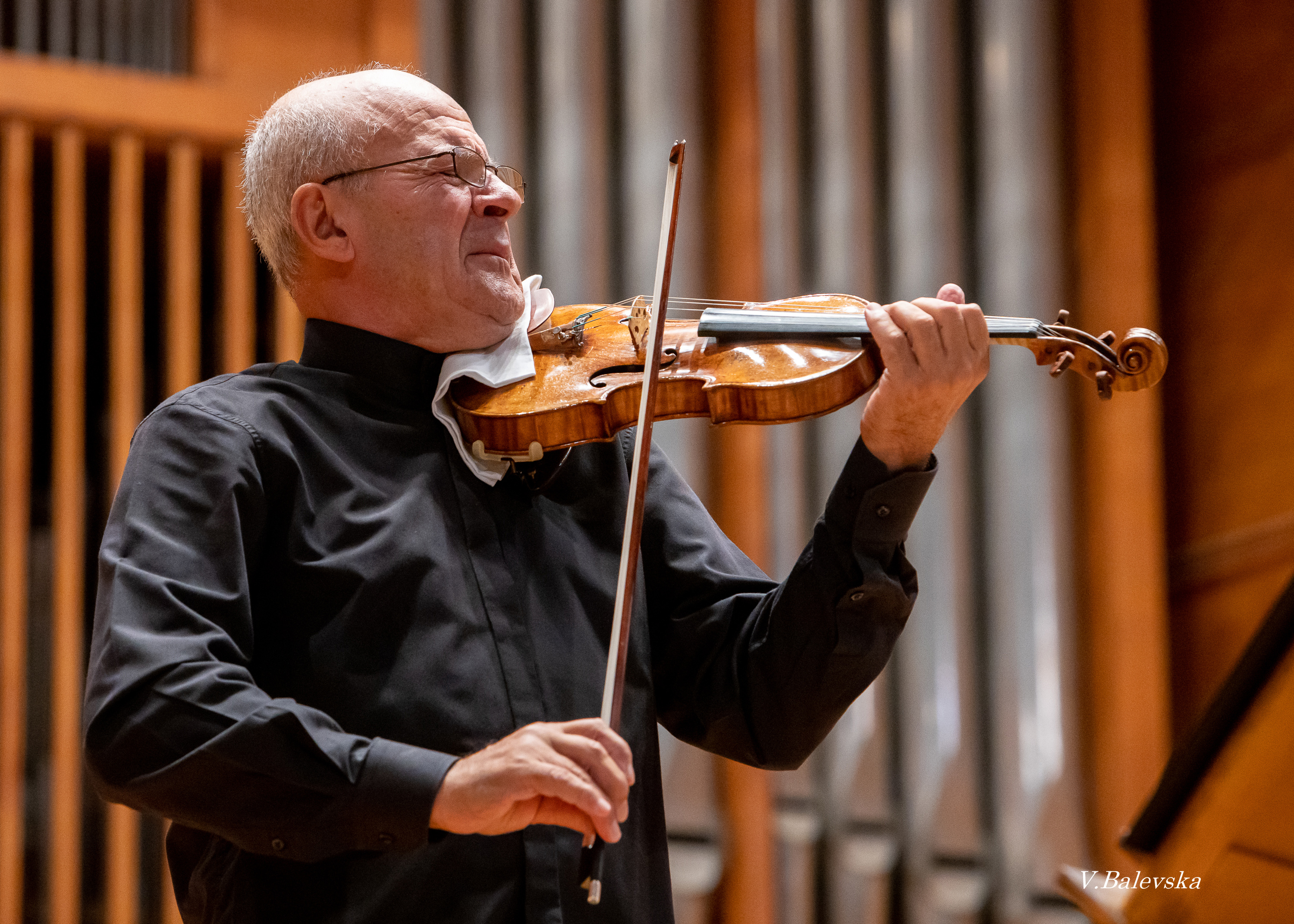 The art of Bulgarian violinist  MINCHO MINCHEV has received superlative praise across four continents. He has played as a soloist with many of the leading orchestras around the world, including London’s Royal Philharmonic Orchestra, the London Symphony Orchestra, BBC London Orchestra,

London     Mozart     Players,      the Academy of St Martin in the Fields, the St. Goldsmith Orchestra, the Orchestre de la Suisse Romande, the Moscow Radio and Television Symphony Orchestra, the George Enescu Philharmonic Orchestra, the Amsterdam Symphony Orchestra, the Dresden Philharmonic and many others. Mincho Minchev has collaborated with world-renowned conductors, including Sir Charles Groves, Sir Alexander Gibson, Sir Neville Mariner, Leonard Slatkin, John Eliot Gardiner, associating his outstanding artistic career with performances in some of the most prominent venues around the world, including the Carnegie Hall in New York, the Kennedy Centre in   Washington,                  Moscow’s       Bolshoi Theatre and Tchaikovsky Hall, London’s Royal Festival Hall and Royal Albert Hall, the Hercules Hall in Munich. Mr.    Minchev         has   realized                    many recordings in Bulgaria and internationally which include collaborations with such companies as             DECCA,           Balkanton, Capriccio, Integral, as well as for the WDR, Radio Geneva, Radio Sofia, Bulgarian National Television, the radio and television of Bucharest and Belgrade. Mincho Minchev is a frequent guest on the jury panels of renowned international competitions, including Carl Flesh (Great Britain), Rudolf Lipitzer (Italy),  Yfrah Neaman (Germany), Beethoven (Czech Republic)andJugendMusiziert(Germany). Since 1993 he acts as the chairman of the Pancho Vladigerov Foundation and presides the jury of the Pancho Vladigerov International  Competition  for Pianists

and Violinists in Shumen, Bulgaria. Since 2002 he functions in the capacity of artistic director of the International Summer Academy, held annually within the framework the Varna Summer International Music Festival.

Since 1990, he has been a violin professor at the Folkwang Universityof Artsin Essen, Germany. Alongside his demanding work at the university and intense performing activity, Mincho Minchev leads violin master classes in various parts of the world – Mexico, Cuba, Turkey, Greece, Macedonia, Slovakia, Japan, South Korea, Australia, Bulgaria. For eighteen years he has been conducting a violin master class in Bulgaria’s seaside coast location of Arkutino, with the assistance of the St. Cyril and St. Methodius Foundation. He gives annual master classes in violin performance within the international festivals Varna Summer and March Days of Music (Russe).

Born in 1950 in the Bulgarian town of Gabrovo, Mincho Minchev started playing the violin at the age of four.  He gave his first solo recital in 1959 and subsequently became the laureate of numerous titles and awards from prestigious national and international competitions,    the    most    important being Henryk Wieniawski (Poland, 1967), Paganini (Italy, 1970), Karl Flesh (Great Britain, 1972 and 1974). He studied under Professor Emil Kamilarov and in 1974-76 did a specialization in London under Prof. Yfrah Neaman,

From 1977 he has played a 1716 Stradivarius Baron Wittgenstein instrument, purchased especially for him by the Bulgarian government. He is the holder of the Musician of the Year 1993 Annual Prize of the Bulgarian National Radio and of the Prize for exceptional contribution to Bulgarian culture.