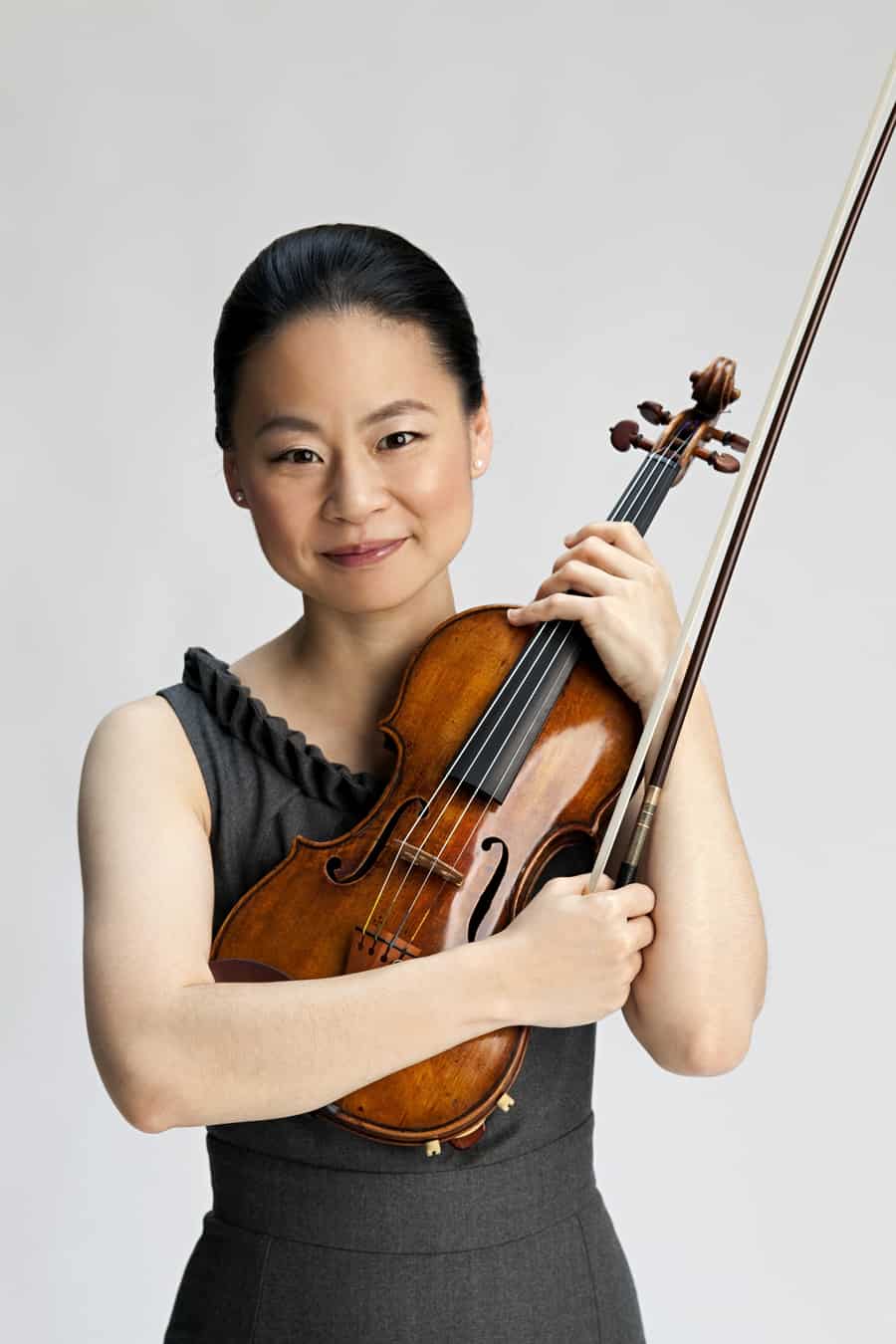 As a leading concert violinist for over 35 years, Midori regularly transfixes audiences around the world, combining graceful precision and intimate expression. Among many significant associations, she has performed with the London, Chicago, and San Francisco Symphony Orchestras, the Sinfonieorchester des Bayerischen Rundfunks, the Berlin and Vienna Philharmonics, and the Mahler Chamber Orchestra. She has collaborated with such outstanding musicians as Claudio Abbado, Leonard Bernstein, Emanuel Ax, Zubin Mehta, Christoph Eschenbach, Mariss Jansons, Paavo Järvi, Omer Meir Wellber, Yo-Yo Ma, and Susanna Mälkki.

Midori’s diverse discography, released by Sony Classical, Ondine, and Onyx, includes recordings of Bloch, Janáček, and Shostakovich sonatas, and a Grammy Award-winning recording of Hindemith’s Violin Concerto with Christoph Eschenbach conducting the NDR Symphony Orchestra. Her traversal of the complete Bach Sonatas and Partitas for Solo Violin was filmed for DVD at Köthen Castle and was released by Accentus.

Midori is deeply committed to furthering humanitarian and educational goals. She has founded and manages several non-profit organizations, including Midori & Friends, which provides music programs for New York City youth and communities, and MUSIC SHARING, a Japan-based foundation that brings both western classical and Japanese music traditions into young lives by presenting programs in schools, institutions, and hospitals. In recognition of such commitments, she serves as a United Nations Messenger of Peace.

Midori was born in Osaka in 1971 and began her violin studies with her mother, Setsu Goto, at an early age. In 1982, the conductor Zubin Mehta invited the then 11-year-old Midori to perform with the New York Philharmonic in the orchestra’s annual New Year’s Eve concert, helping to lay the foundation for her resulting career.

Midori plays the 1734 Guarnerius del Gesù “ex-Huberman”. She uses four bows – two by Dominique Peccatte, one by François Peccatte, and one by Paul Siefried.

The biography is taken from: https://www.intermusica.co.uk/artist/midori/about