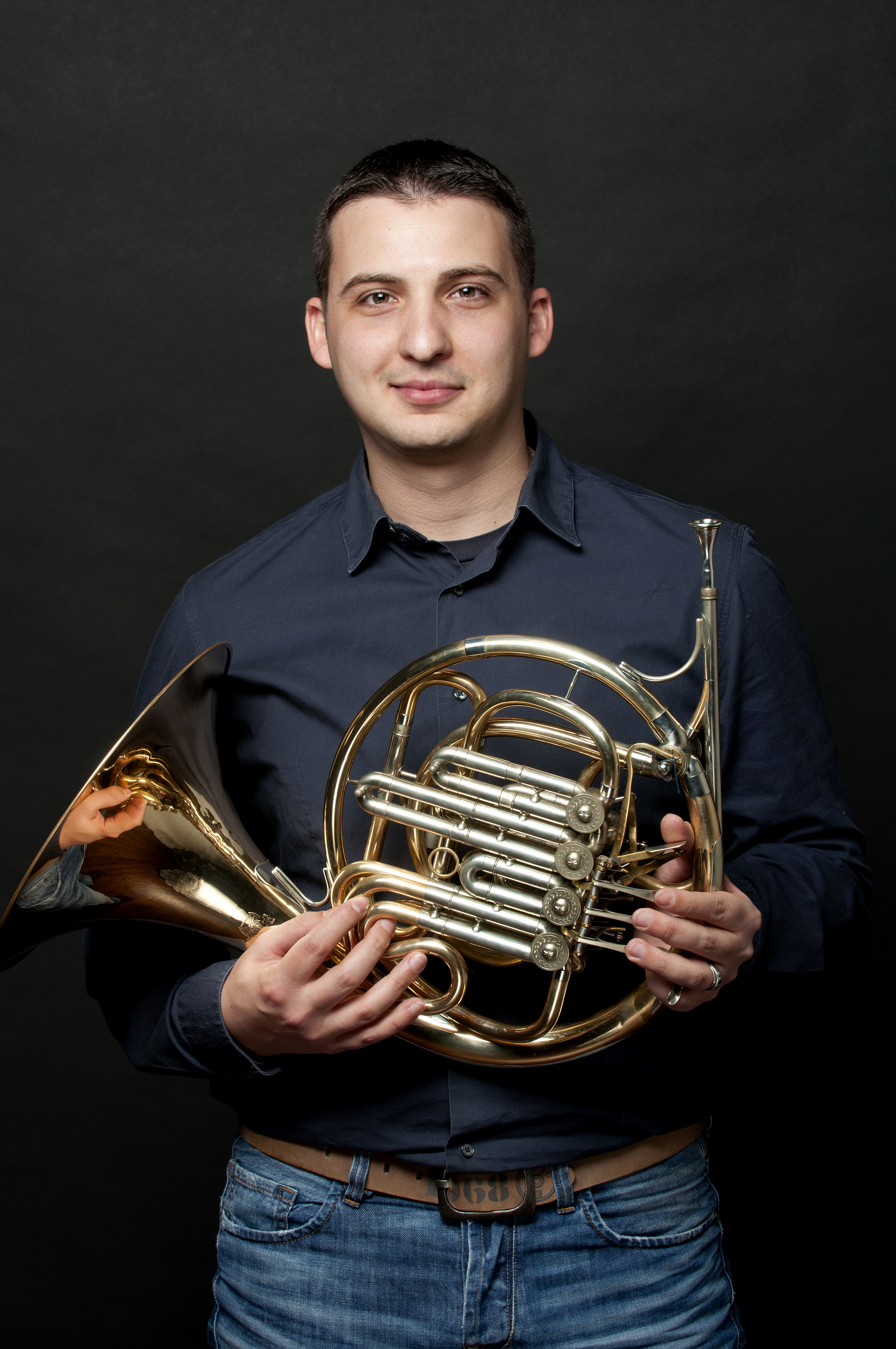 Krassimir Kostadinov is a graduate of the Dobrin Petkov High School of Music, Plovdiv, from the class of Snezhana Popstoyanova, and of the Pantcho Vladigerov National Academy of Music, Sofia, from the classes of Profs. Stefan Kanchev and  Vladislav Grigorov, as well as of the Folkwang-Hochshule of Essen, Germany, in the class of Frank Lloyd. He has participated in the master courses of Profs. Martin Owen and  Frank  Lloyd.

From 2004, Krassimir Kostadinov serves as solo horn player of the Sofia Philharmonic Orchestra, and also – as solo horn player of the Sofia Symphonics Orchestra.  He has performed as horn soloist with the Belgrade Philharmonic (Serbia), Manheimer Philharmoniker (Germany) and as as principal horn at the Essen Philharmonic Orchestra (Germany). First prize winner at the Brass Wind Instruments Competition of the National Academy of Music,  Sofia (2003), followed by the first and special prizes from the Young Musical Talents competition (2000),  Sofia; third prize from the German and Austrian Music Competition, Bourgas (1999),  and finalist at the National Academic Competition “Chamber Music with Voice” in Freiburg, Germany (2008).

He has performed as soloist in concerts of the Sofia Philharmonic Orchestra, the Bulgarian National Radio Symphony Orchestra, the Plovdiv Opera-Symphonic Society, the Quarto Quartet, the Villa Musika ensemble, Germany, and the Württembergisches Kammerorchester Heilbronn, Germany.

He has performed on numerous chamber concerts in Bulgaria with the Georgi Cherkin Sextet.

Krassimir Kostadinov is instructor in French horn at the Fortissimo in Class educational programme for children. In 2009, together with Peter Makedonski (trumpet), he founded the Mr. Brass ensemble.