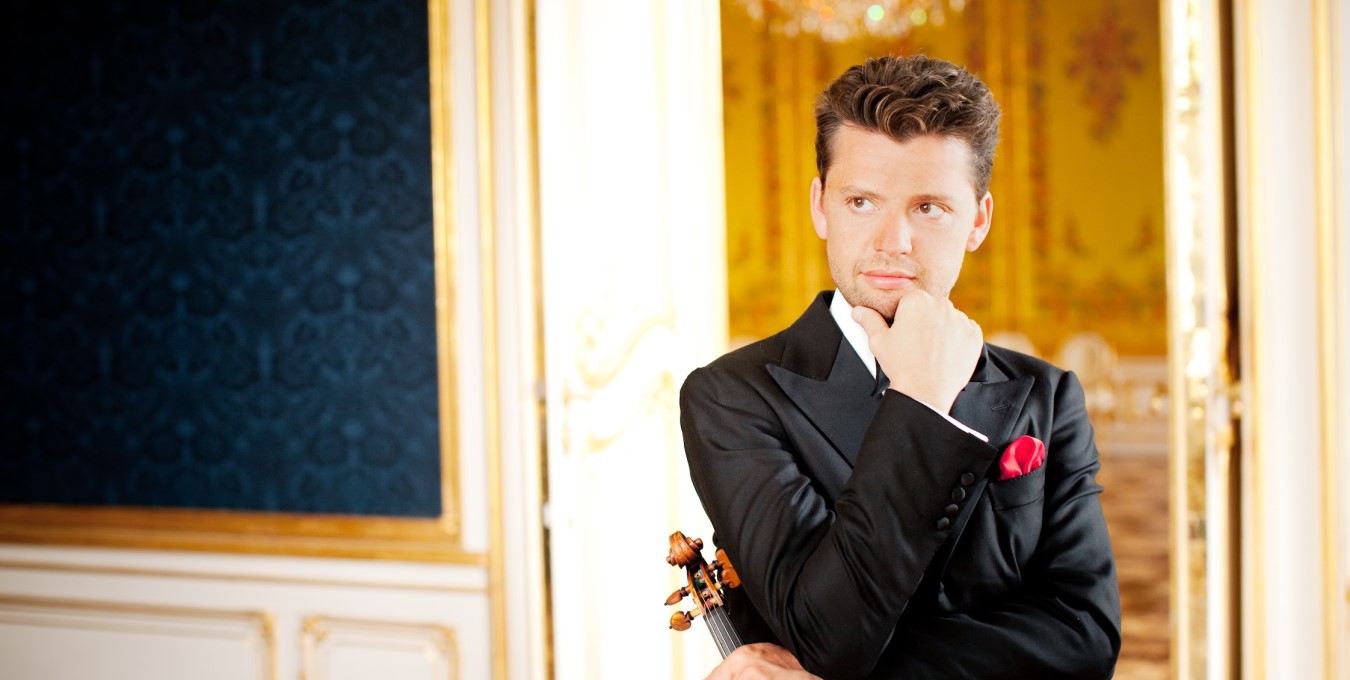 Violinist, violist and conductor Julian Rachlin is one of the most exciting and respected musicians of our time. He was born on December 8th , 1974 in Vilnius, into a musical family. His father, Mikhail Rachlin, is a cellist, and his mother, Sofia Rachlina, is a pianist. In 1978 the family immigrated to Austria. He studied violin with Boris Kuschnir at the Vienna Conservatory and with Pinchas Zukerman. After winning the “Young Musician of the Year” Award at the Eurovision Competition in 1988,  he became the youngest soloist ever to play with the Vienna Philharmonic, debuting under Riccardo Muti.

In 2008 he participated in the Crescendo Music Festival.

Julian Rachlin is not only a violinist, but also a violist. In the late 90’s of the 20th century, during his studies with Pinchas Zuckerman, he was encouraged by the great musician to continue his development in this direction. Starting with Haydn’s early quartets, today Rachlin has a rich repertoire, which includes the most significant works for viola – both solo and chamber music. His passion for this instrument led to the writing of a special double concerto for it by Krzysztof Penderecki, which premiered at the Vienna Musikverein in 2012.

At the recommendation of  Mariss Jansons, Mr. Rachlin studied conducting with Sophie Rachlin. Since September 1999, he is on the violin faculty at the Music and Arts University of Vienna. His recordings for Sony Classical, Warner Classics and Deutsche Grammophon have been met with great acclaim. The New York Times called him a “virtuoso with the heart and posture of a champion.”

For the first 30 years of his career, Julian Rachlin performed as a soloist with the world’s leading orchestras and conductors. He also leads the “Julian Rachlin & Friends Festival” in Palma de Mallorca. Recently, the musician has established himself as a conductor with a characteristic dynamic style, vital interpretation and an increasingly important presence on the international stage. Since his debut as a conductor in 1998, Julian has collaborated in play/direct performances with the Academy of St. Martin in the Fields, the Copenhagen Philharmonic, the English Chamber Orchestra, the Israel Philharmonic Orchestra, the Lucerne Symphony Orchestra and the Zurich Chamber Orchestra Mr. Rachlin is Principal Guest Conductor of the Royal Northern Sinfonia, Turku Philharmonic Orchestra and Kristiansand Symphony Orchestra. Upcoming debuts include collaborations with the Camerata Salzburg, Die Deutsche Kammerphilharmonie, the Moscow Virtuosi, the RTE National Symphony and the Slovenian Philharmonic.

Mr. Rachlin, a UNICEF Goodwill Ambassador, is committed to educational outreach and charity work. He plays the 1704 “ex Liebig” Stradivari and a 1785 Lorenzo Storioni viola, on loan to him courtesy of the Dkfm. Angelika Prokopp Privatstiftung. His strings are kindly sponsored by Thomastik-Infeld.