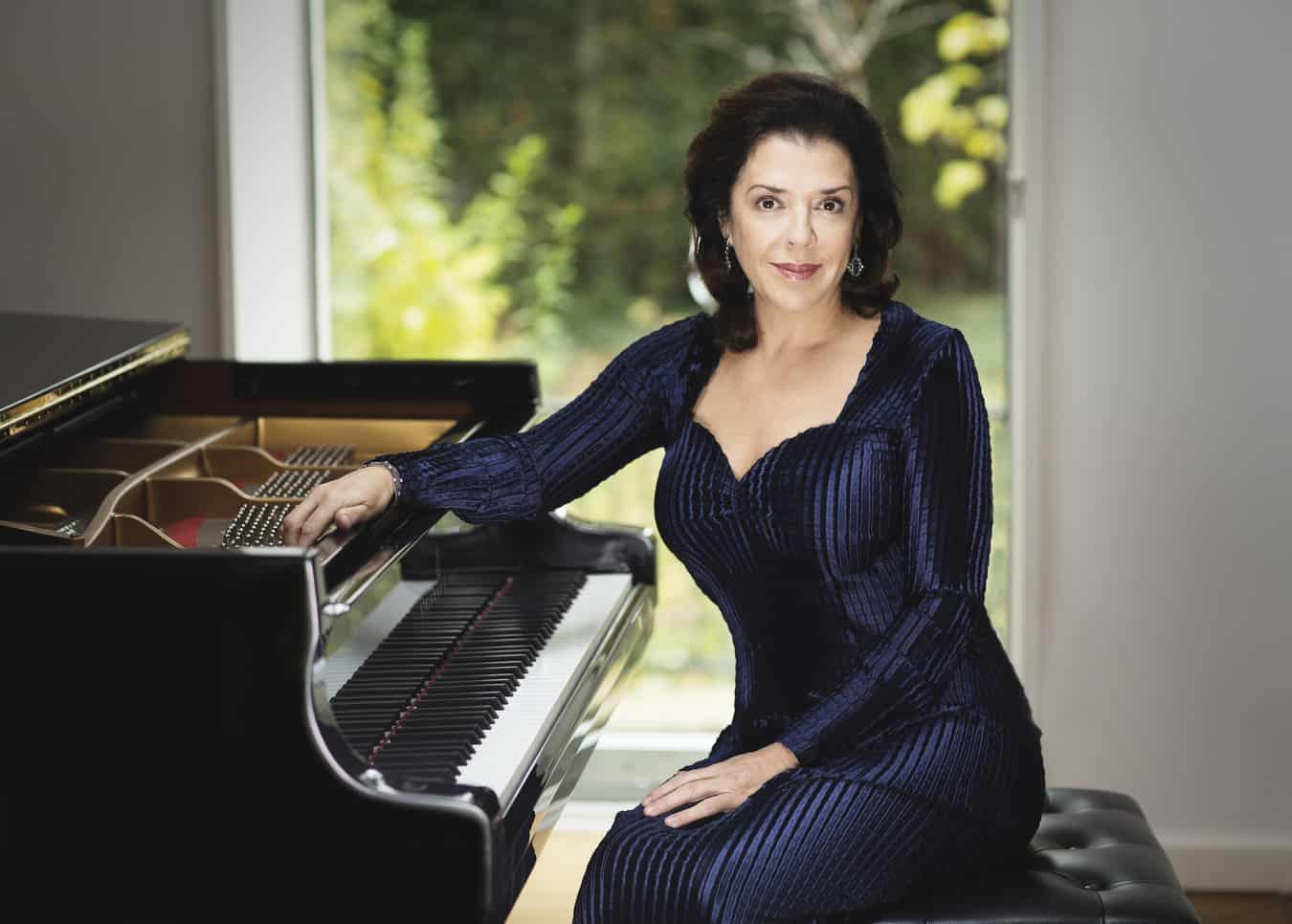 “Bashkirova herself represents an impressive role model as a pianist who smartly animates every sound with figurative language and life.”

the Frankfurter Allgemeine Zeitung wrote about pianist Elena Bashkirova, who was born in Moscow and studied at Tchaikovsky Conservatory in her father’s (Dimitrij Bashkirov) master class, himself a famous pianist and teacher.

In 1998, Elena Bashkirova founded the International Jerusalem Chamber Music Festival. In her position as Artistic Director, she creates an annual chamber music event featuring international artists. Since its foundation, the festival has become an important part of Israel’s cultural life. In April 2012, a German partner festival was founded, located at the Jewish Museum Berlin. The concerts are highly esteemed by its audience. The journalist Julia Spinola writes in the Frankfurter Allgemeine Zeitung, “It is a combination of her musical enthusiasm and her down-to-earth pragmatism what makes the artist Elena Bashkirova so compelling.”

The Jerusalem Chamber Music Festival’s guest performances are thrusting it beyond Israel’s borders, including appearances in Berlin, Paris, London, Salzburg, Vienna, Lisbon, Budapest, Buenos Aires and Sao Paolo, as well as at internationally renowned summer festivals such as the Lucerne Festival, the Verbier Festival, the Rheingau Musik Festival, the George Enescu Festival in Bucarest, the Klavier Festival Ruhr or the Beethovenfest Bonn.

Elena Bashkirova handles the Classical and Romantic repertoire as well as the music of the 20th century. She regularly performs with famous orchestras and has long-standing working relationships with conductors like Semyon Bychkov, Lawrence Foster, Karl-Heiz Steffens or Ivor Bolton.

In season 2017/2018 Elena Bashkirova appears among others at the St. Petersburg and Paris Philharmonic, with the Kammerakademie Potsdam, Staatsphilharmonie Rheinland-Pfalz, Orquesta di Valencia and the Vienna Chamber Orchestra. She will be presentig concerts in Colombia and Argentina. With her chamber music partners she will be performing in Lucerne, Geneva, London and Hamburg.